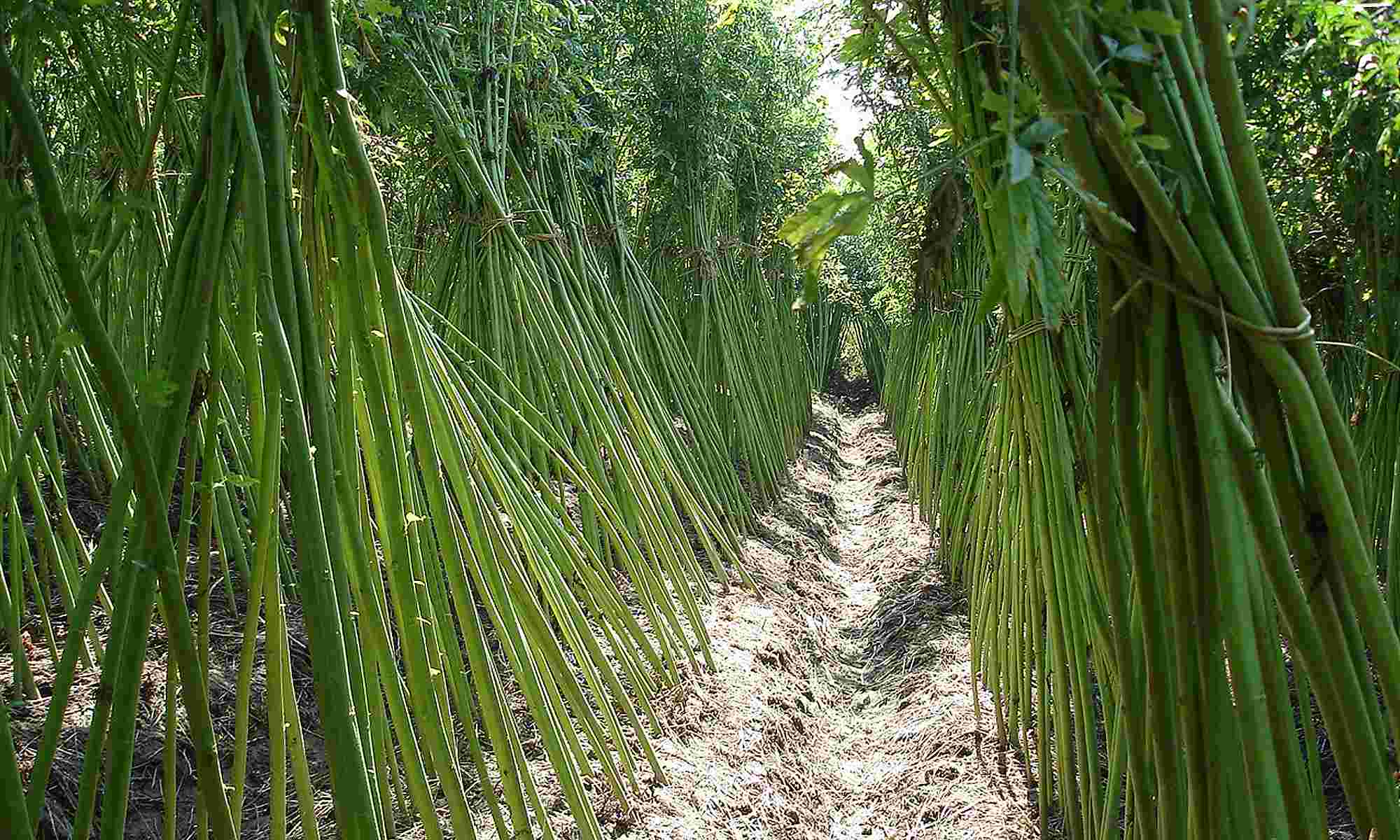 Kenaf (Hibiscus cannabinus L.), a bast fiber, is allied to the jute fiber and shows similar characteristics. Kenaf is a member of the genus Hibiscus in the family Malvaceas. Kenaf has many applications including in the production of natural fiber composites materials. This fiber also has the potential to be used in low density panels, pulp and paper.

Who produces it?
Kenaf fiber is produced mainly in India and China, followed by Bangladesh. Malaysia is in the process of developing kenaf cultivation and processing. This is a government initiative to diversify from Tobacco production which started about 10 years ago. Nevertheless it was only in 2010 that the Malaysian government seriously accepted kenaf as the nation’s seventh commodity, through the establishment of the National Kenaf and Tobacco Board

How is it produced?
The Kenaf plant is an example of a number of woody-stemmed herbaceous dicotyledons grown in the tropics and subtropics. The fibers can be extracted from the bast of the stems or stalks. Kenaf is annually cultivated from its seeds for the fibers.
The first step in processing is cutting of the kenaf stalk close to the ground and then left to defoliate. Then the stalks are stripped in decorticating equipment, washed and dried in the sun.

How much is produced?
The world kenaf production in 2016 is estimated at 300.000 tonnes. The key kenaf fiber producer is India, while Chian also produces a major part in terms of volume. Malaysia has been investing in kenaf production but the volume is low at about 3,000 (-10,000?) tonnes annually.